Logo selection: we need your comments! 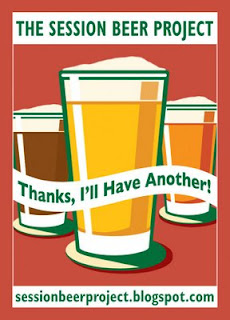 I need some help.

I asked for submissions for a SBP logo (offering an admittedly scrawny fee) and got seven. They were all good, but I've been unable to pare them down past these four, which I present in random order. (And yes, some of the logos are being tweaked by their designers in response to comments, so keep looking!)

So I'm asking for comment. Not votes, mind you, because as the guy who's doing most of the work for now, I have to live with the winner, so I'll make the final decision, which I will announce next Monday, April 6.

In the meantime, I have decided on the slogan, a last-minute tweak to an earlier suggestion. We're going with Thanks, I'll Have Another! It's friendly, personal, and encompasses the message: good beer, lower alcohol, flavorful, social. 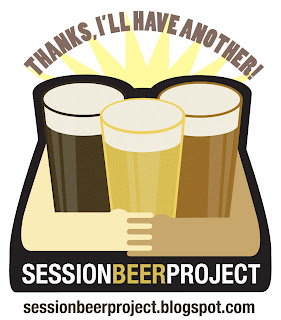 So comment -- and keep it friendly, this is session beer, not e*treme mud-wrestling -- and I'll make my decision in a week, and announce the winner then. Thanks!

My own comments. First shown: I like the font, like the glass graphic a lot; not sure about the red. And I do like using the full name "The Session Beer Project."

Second shown: Like the three different beers. Didn't like the arms at first, but they're growing on me...so to speak. Drew the most positive comments from you. 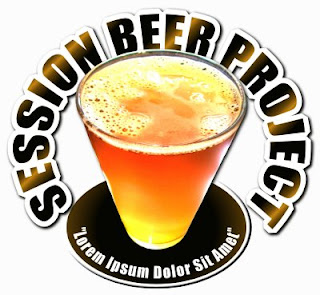 Fourth shown: very suitable for a coaster, a project I'd like to try to fund. Maybe too much like a Guinness ad? The shamrock should probably go. Like the compact arrangement. 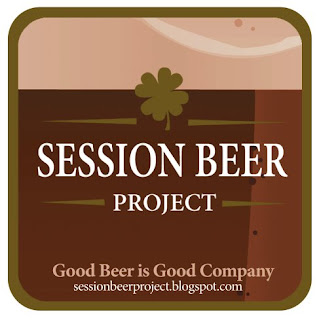 General Lafayette owner/brewer Chris Leonard has posted another part of his 'treatise' on brewing session beer at his blog. This one's about how to make session beer that's more than light beer. Interesting stuff, and I'm looking forward to this continuing. The first part is posted here.
Posted by Lew Bryson at 8:37 AM No comments:

The Tiedhouse: details on the Session Beer Project event

The Tiedhouse, the Philly outpost of the General Lafayette Inn brewpub (20th and Hamilton), has invited me to host a session beer event Monday night, March 9th (tomorrow...). I first mentioned that here, and now I have more details from Chris Leonard.

It all starts at 6 PM. There's a $5 cover, and the session beers will then be available by the flight or full pint. I'll be there with Chris's brewer, Russ Czajka for an exploration of these full-flavored, low alcohol beers. We will discuss history, styles, brewing techniques and nuances that make these beers so appealing.

Beers we have on-line so far include:

With more to be added! Possibly the largest selection of session beers Philly has ever seen, all at The Tiedhouse tomorrow. Hope to see you there.

(Double-posted from my regular blog, Seen Through A Glass.)

Posted by Lew Bryson at 3:55 PM No comments:

It comes down to a personal decision

The tagline run-off poll was too even to be effective, so I'm just going to make a decision. The number of logos submitted is at six, with one still being tweaked, so I think we'll have a decision there soon. And when that happens, we'll have a logo and a tagline, something we can think about making into coasters for events, and window stickers for participating bars and brewers, and shirts, and tattoos...temporary tattoos, of course: we're not extreme types.

Got two more logos since I posted this, so it ain't over yet!
Posted by Lew Bryson at 9:29 AM No comments:

"Part of a growing trend in craft brewing..."

Session beer continues to get more press: whether it's because of any push from the SBP or not, it's a good thing. Today's Inquirer had another of food critic Craig LaBan's short beer reviews in the "Drink" featurette: Yards Brawler.

One might expect a "pugilist style ale" to pack a knock-out punch, but the Brawler, the latest hit brew from Yards, scores points like a crafty lightweight with distinctive style and malty finesse.

The Brawler is a "session" ale, a relatively low-alcohol approach (about 4 percent) that's part of a growing trend in craft brewing to counter the high-octane extreme beer movement. It doesn't sacrifice flavor, though, with a malt-forward amber richness that won't cloy or weigh you down after a few rounds (thus the name.)

You bet, brother. A growing trend indeed. More and more session beers are hitting the taps, and they are no longer afraid to flaunt their low alcohol status. The hard-core geekerie may still be calling for big beers -- and I don't mind 'em at all! -- but finally, session beers are getting some attention. That's what I said I wanted over two years ago...and it's happening.
Posted by Lew Bryson at 12:05 PM No comments: